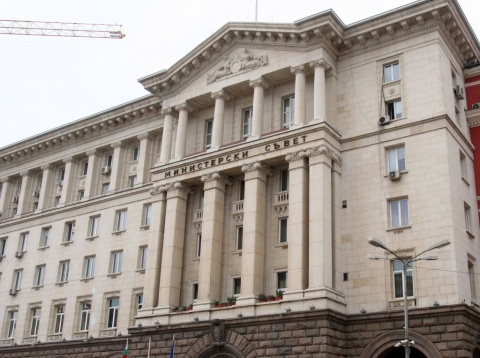 The headquarters of the Bulgarian Council of Ministries in downtown Sofia, file photo

Bulgaria's Socialist-led government is planning to release Martin Ivanov as Chair of the State Agency Archives and to replace him with Ivan Komitski.

The decision is expected to be voted Wednesday at the Council of Ministers sitting.

The official release of the government's press office does not list any motives for it.

Ivan Komitski has worked for the Interior Ministry's Archives Office between 1988 and 2008. He has headed the Archives Office of the State Agency for National Security, DANS, in 2008-2009.

Martin Ivanov, who was appointed in 2011 and is largely credited with the positive overhaul of the Archives' work, has learned about his dismissal from the media, the Bulgarian Sega (Now) daily reported Tuesday evening.

Before heading the Agency, Ivanov worked for 12 years in the Institute for History Research at the Bulgarian Academy of Sciences, BAS. He has specialized at the universities of Cambridge, Edinburg and the National University of Ireland.

Ivanov became known for his initiatives to digitalize the archives. During his term, police files dating from the period before 1944 (when the Communist party took power in Bulgaria), the protocols of the decisions of Politbureau of the Bulgarian Communist Party from 1944 until the fall of the Communist regime in 1989, and lists of those who perished in the Balkan Wars, among others, were published online for the very first time.