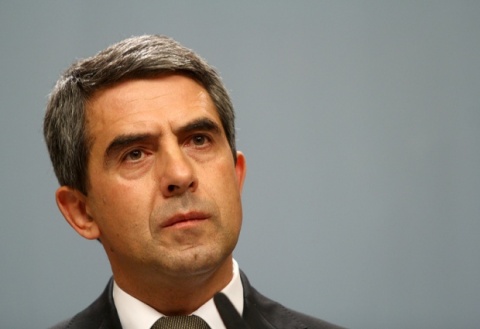 Bulgaria's National Revenue Agency, NRA, has launched a probe of the Lindner Bulgaria company, which was run in the past by President, Rosen Plevneliev.

The Bulgarian news agency BGNES informs Sunday that the probe stems from an investigative report of TV7.

Plevneliev was the manager of the company until 2009, when he entered politics as Minister of Regional Development and Public Works in the Cabinet of the center-right Citizens for European Development of Bulgaria party, GERB. He was elected President in 2011.

NRA have refused to comment the information, but insiders have confirmed it off-the-record for the Bulgarian Pressa (Press) daily.

Revenue agents will audit the dealings of Lindner Bulgaria.

Plevneliev's name was involved recently in a scandal over publications on a website for investigative journalism that he had siphoned USD 1 M from Lindner Bulgaria OOD into an off-shore company in Cyprus, thereby depriving the State budget of tax revenues.

TV7 followed suit and announced that the above was true and the Cyprus-based offshore company "Inox" has profited from receiving pay for analyzing the real estate market in Sofia from Lindner and from one of Lindner's clients, the Bulgarian Investment Bank, for technical consultations.

According to TV7, there were strong suspicions about double taxation in these transactions.

Plevneliev adamantly rejected the accusations, saying that he had become the victim of a smear campaign due to his opposition to the appointment of notorious media tycoon Delyan Peevski as Chair of the State Agency for National Security (DANS).

Peevski is said to be linked closely to TV7.

Werner Hoffmann, General Manager of Lindner Bulgaria, also issued a statement rejecting the claims about Plevneliev, adding that the company had achieved good financial results under his management.

Back in June, asked to comment on demands for launching an investigation against the President, Chief Prosecutor Sotir Tsatsarov noted that the issue of the immunity of Bulgaria's Head of State was clearly defined in the Constitution.

Tsatsarov explained that Bulgaria's Constitution stipulated that "only State treason and violations of the Constitution are reasons for taking steps against the President."

As recently as Saturday, Plevneliev stated his "business past," including all his tax declarations in Germany and Bulgaria, were clean and transparent.