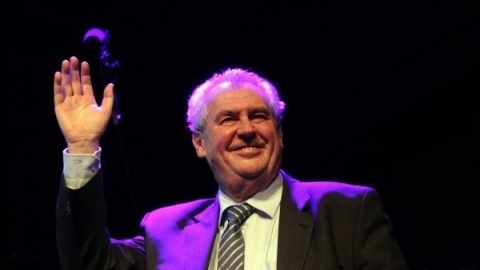 Snap general elections, expected to bring an end to the political crisis in the Czech Republic, will be held on October 25 and 26.

The news was reported Friday by the country's President, Milos Zeman, cited by the Bulgarian news agency BGNES. Prime Minister, Jiri Rusnok, has already approved the decision, according to Zeman.

On Tuesday, with 140 votes for (from 147 present), Czech MPs voted to dissolve the Parliament, paving the way for early elections. The proposal was tabled by the three main parties.

Zeman now says he will officially approve their decision on Wednesday, August 28, in order to hold the elections within 60 days, as the Constitution requires.

The political turmoil started with the collapse of Prime Minister Petr Necas's government in June amid a corruption scandal. Necas resigned after a senior aide with whom he was allegedly having an extra-marital affair was charged with bribery and abuse of power.

Two former MPs, an ex-minister and the current and former heads of military intelligence were also detained in the largest anti-corruption investigation in the country since the fall of communism.

A government of technocrats, formed by Zeman in July, led by his long-time leftist ally Jiri Rusnok, and opposed by the main political parties, resigned last week.

Critics accused Zeman of trying to grab powers from Parliament.

The new Cabinet lost a vote of confidence in Parliament earlier this month.