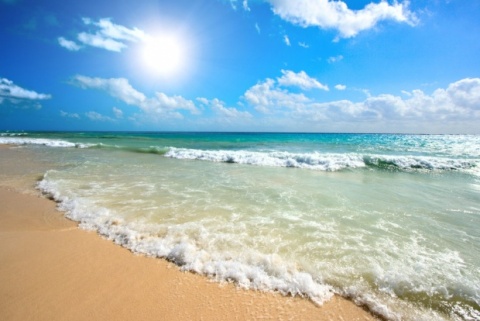 The days after August 15 traditionally hold the record in the number of drownings at the Bulgarian Black Sea coast. File photo

Strong and high waves and very dangerous undercurrents have been reported once again Thursday on the Bulgarian Black Sea coast, particularly on the north, in the vicinity of the city of Varna.

The Lifeguard Service warns the groundswell will continue under the end of the month.

The days after August 15 traditionally hold the record in the number of drownings at the Bulgarian Black Sea coast.

Maritime experts explain the black statistics with the fact that after August 15th the typical coastal winds increase in strength and cause undercurrents, which are the most frequent reason for sea swimming incidents in the country.

Lifeguards, on their part, often complain from undisciplined beachgoers, who refuse to obey their directions.

In 2004, on August 18th, four people drowned at a beach in the southern Black Sea city of Burgas while on August 17th, in 2009, there were another four drowning deaths and scores of rescues.

The black statistics did not miss the Bulgarian beaches in 2013 either – several days ago 7 people died from drowning just in the course of 12 hours.

On Wednesday, a Bulgarian and a Polish citizen drowned in the Sunny Beach resort on the southern Black Sea coast, bringing the record dead toll to 9.

All beachgoers are asked to obey the orders of the lifeguards, including swimming bans, and to not visit unguarded beaches.