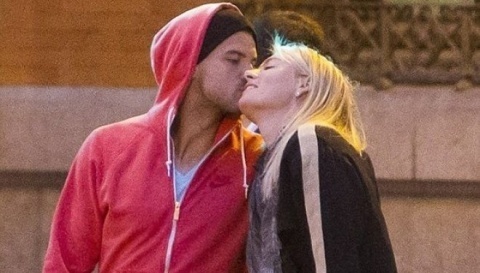 Bulgaria's rising tennis star Grigor Dimitrov has told Vogue that he is happy in his relationship with prominent Russian player Maria Sharapova.

The American fashion magazine has published in its September issue an interview with the 22-year-old Bulgarian, bTV informs.

“To say that our relationship is going normal won’t be enough. Everything between us goes perfectly well, though both Maria and I don’t want to talk about our personal life in public.”, said in the interview Dimitrov, stressing how much better he performs when his loved one is nearby.

Sharing about himself, Dimitrov says he has recently increased interest in retro cars and fashion.

The talented Bulgarian tennis player starting dating Sharapova earlier in the year, and there has been plenty of coverage of the pair off-court.