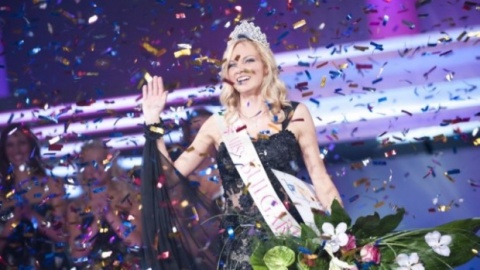 Nancy Karaboycheva, 20, from the southern city of Pazardzhik, won the Miss Bulgaria title in a heated competition Saturday evening.

The pageant was aired live by TV7.

Dzhuliya Stoyanova, 17, from the second-largest city of Plovdiv, is the first runner up.

The completion included a talent contest in dance, and bathing suit and evening gown contests.

Nancy will represent Bulgaria in the Miss Universe pageant in Indonesia later in the year. She is 170 cm tall and weighs 56 kg.

Karaboycheva is a college student in IT and Statistics at the University for National and World Economy in Sofia. She says her best quality is discipline which she learned while training in volleyball. Nancy likes to draw caricatures and dreams of traveling around to world. Her top cause is the advancement of Bulgarian sports.

Her longtime boyfriend is Bulgarian national men volleyball team player Dobromir Dimitrov. They met precisely because of the sport and have been inseparable ever since. Dimitrov says he was 100% certain his sweetheart will win the crown.

In addition to the title and the prize, Nancy won a brand new Citroen DS3 automobile. She stated the pageant fulfilled her dream to own a car as she was saving money for such purchase for a while now.