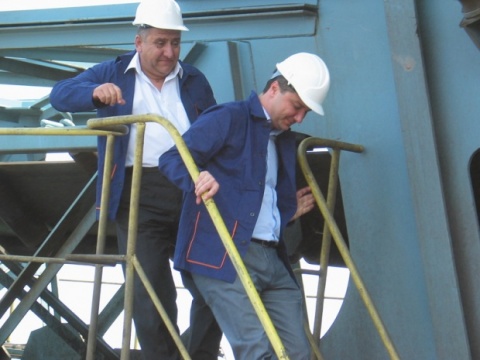 Maritsa Iztok Mines (Mini Maritsa Iztok EAD) will remain a state-owned company and there will be no staff cuts, according to Dragomir Stoynev, Bulgaria's Economy and Energy Minister.

On the eve of the professional holiday of miners, he visited the Troyanovo-north Mine and launched a new coal re-loading facility worth over BGN 10 M, which is to cut the total length of the railway lines for coal supplies to the AES Galabovo Thermal Power Plant AES by 5 km.

"We have started increasing the coal output. In June, I promised you a new price of coal and it is already a fact," Stoynev told miners, according ti the Bulgarian Telegraph Agency (BTA).

According to a media statement of the government, Friday's talks between Stoynev, the management of the state-owned coal mining company, and trade union representatives, made it clear that the measures adopted to boost output and increase coal prices had eliminated tension among miners.

"A bigger increase is not possible at this stage. Our goal is to get the system functioning so that by January 2014 at the earliest we are be able to prepare an analysis about a new increase in coal prices," he added.

Coal prices are also tied to electricity prices, which dropped as of August 1 by slightly less than 4%.

According to the media statement of the government, the recent changes to the Energy Act, which resulted in a spike in electricity exports, contributed to the production of a total of 1 133 487 tonnes of coal at the Maritsa Iztok Mines in the first 15 days of August, while the output on August 15 reached 85 349 tonnes.