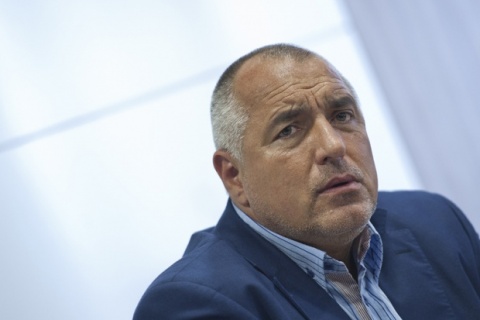 According to Borisov, the dozens of chartered buses carrying government supporters that arrived on Friday in Sofia have been organized by the predominantly ethnic Turkish Movement for Rights and Freedoms (DPS) - a member of the ruling coalition, which also includes the Bulgarian Socialist Party and the ultranationalist Ataka.

"What DPS are doing now is a very dangerous game," Borisov told reporters.

"What I am seeing now on the streets of Sofia can only be compared to Egypt," he stated.

At least 40 chartered buses full of people from all over Bulgaria arrived in Sofia early on Friday to offer a helping hand to the embattled coalition government, as a fresh anti-graft rally gathered in the capital.

Both the government supporters and the anti-government protesters have gathered at the Alexander Nevsky square in downtown Sofia. Police are making sure that no clashes erupt between the two groups.