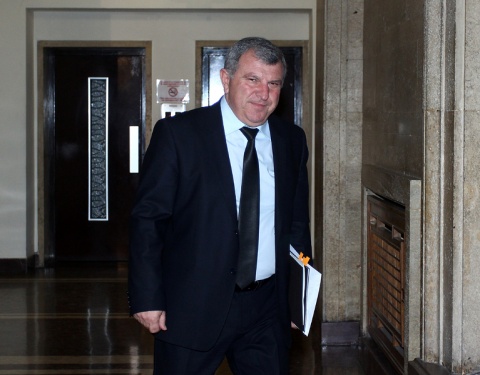 Bulgarian agricultural producers will receive EU subsidy payments in advance by end-2013 if the budget revision update is approved, according to Agriculture Minister Dimitar Grekov.

Speaking Thursday after a meeting with Prime Minister Plamen Oresharski and representatives of the National Association of Grain Producers, he explained that EU subsidies to all agricultural producers would be paid in two tranches – one by end-2013 and one by February 2014.

Grekov, as cited by Darik radio, said that the issue of the share of the subsidy which could be expected by end-2013 was yet to be specified at an upcoming meeting which would most probably at the beginning of September after the adoption of the budget update.

He added that the farmers would also receive BGN 150-200 M in agro-ecological payments by end-2013.

Grekov informed that it had been agreed to pay all EU funds allocated to agriculture by end-February 2014, meaning that the farmers were supposed to have filed applications and undergone inspections before October 16, after which they be subject to on-site and financial inspections.

The representatives of the National Association of Grain Producers also brought up the issue of fuel excise duty in 2014.

Grekov made clear that it had been agreed to seek opportunities to obtain notification by the EC and to pay the farmers BGN 70 M for excise duty-exempt fuel for agricultural purposes in 2014.

Angel Vukodinov, Chairman of the Board of Managers of the National Association of Grain Producers, claimed that the sum of BGN 70 M for excise duty-exempt fuel was highly insufficient.

Asked to comment on the low prices on the grain market in 2013, Grekov noted that  prices had fallen by 25-30% compared to last year on a global scale, adding that Bulgaria could not act as  a regulatory authority on that market.