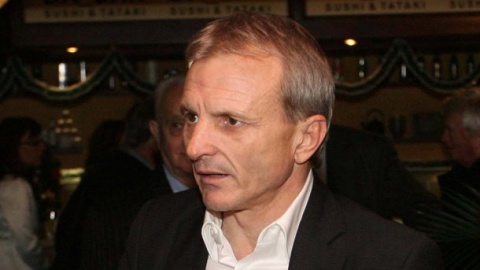 Bulgarian businessman Grisha Ganchev is the new owner of the Ledenika brewery in the northwestern town of Mezdra. Photo by BGNES

The Litex company of Lovech-based businessman Grisha Ganchev has bought the bankrupt Ledenika brewery in the northwestern Bulgarian town of Mezdra in a deal worth BGN 12-13 M.

The negotiations have been concluded successfully and the sale has been finalized, according to reports f the BGNES news agency.

The new owner is expected to invest no less than BGN 10 M in the technological equipment in the brewery.

By March-2014, the first bottles of Ledenika beer are expected to be on sale.

The brewing plant will have a staff of around 300.

Prior to the bankruptcy, the brewery had around 700 employees.

The Ledenika brewery was owned by Mihail Mihov, also known as Misho Beer, who died in March 2011.

The businessman was later found dead in a hotel room in Pravets on March 30, 2011 after suffering a heart attack.

Due to unsettled debts of around BGN 6 M, the entire property of the brewery was distained.