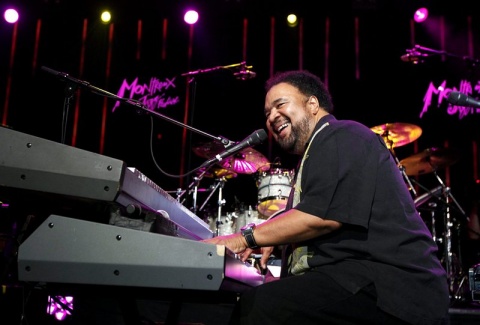 The file picture dated 13 July 2009 shows US jazz keyboarder George Duke performing on the Stravinski Hall stage at the 43rd Montreux Jazz Festival, in Montreux, Switzerland. George Duke died at the age of 67 on 05 August 2013, as media reports on 07 Augu

Duke died Monday night in Los Angeles after being diagnosed with chronic lymphocytic leukemia, a representative for the performer said.

“The outpouring of love and support that we have received from my father’s friends, fans and the entire music community has been overwhelming,” he said. “Thank you all for your concern, prayers and support.”

Duke was born in San Rafael, Calif. He appeared on a number of Frank Zappa albums and played in the Don Ellis Orchestra, Cannonball Adderley’s band and with jazz musician Stanley Clarke.

His wife, Corine, died from cancer last year. He was unable to make music for months, but he overcame his grief to create the album “DreamWeaver,” released last month.