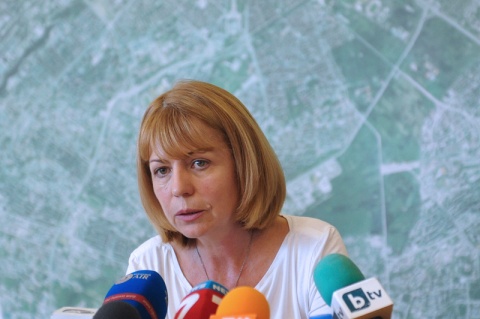 Around 280 000 people in Sofia use the most convenient, environmentally-friendly and fast means of transportation, the Sofia subway, according to Sofia Mayor Yordanka Fandakova.

Fandakova presented Tuesday the project for the third metro-diameter of the Sofia subway.

Fandakova informed that the project was worth around BGN 1.4 B, the total length of the subway line was 16.5km, with 19 subway stations, 10 of them underground and 9 overground.

She explained that the route would start at the Botevgradsko Shose Blvd, cross the Vladimir Vazov Blvd (three stops), the Little City Theater "Off the Chanel", Orlov Most (Eagles' Bridge), the National Palace of Culture (NDK), Bulgaria Blvd, the residential districts of Krasno Selo and Ovcha Kupel, and the Sofia Ringroad, the last stop being at the Sofia-Pernik rail line, where a new rail station was to be opened.

Fandakova, as cited by Tema daily, suggested that the opening of the third metro-diameter was expected to reduce harmful gas emissions by 110 000 tonnes a year by 2020, while traffic was to drop by 35% and traffic accidents by 25%.

The Sofia Mayor also noted that the subway section to Sofia Airport was also actively being built, adding that the section (5km long, 4 stations) was to be completed by April 2015.

She specified that the route was divided into three sections, two underground and one oveground, with a first stop at the Tsarigradsko Shose Blvd and a final stop at Terminal 2 of Sofia Airport.

Fandakova informed that the project was worth BGN 136 M.