Sordid Prank Alarms of New Disaster in Bulgarian Mine 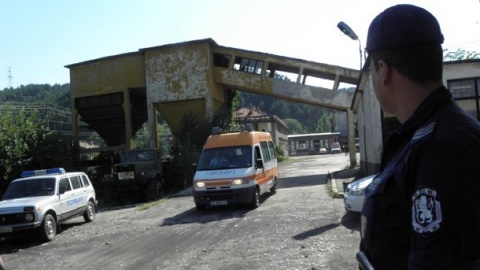 Five miners died in the Oranovo coal mine in southwestern Bulgaria. Photo by BGNES

A prank call alerting of a new tragedy in the Oranovo coal mine in southwestern Bulgaria has sent local police on a wild chase Saturday evening.

The call was placed at 11 pm on the 112 emergency hotline, and a male voice has said he was a professor and wanted to inform that three people have been harmed inside the mine, bTV informed Sunday.

After realizing that the alert was fake, police have traced the call and are now establishing the identity of the cruel prankster.

This happened after the Bulgarian government declared Monday, August 5, a day of national mourning for the four miners who were killed by a collapse in the mine.

A three-day mourning has been declared in the town of Simitli, Blagoevgrad region, near which the Oranovo mine is located.