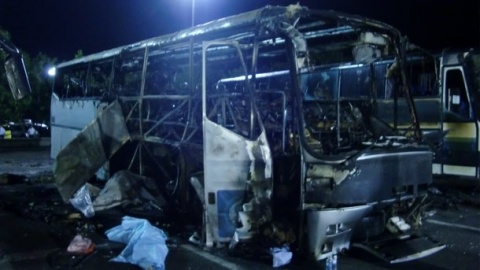 There is no reason for Hezbollah to be involved in the July 2012 Burgas bus bombing, according to Iran's ambassador to Bulgaria Abdullah Norouzi.

"Up to now, Hezbollah have shown very well how highly reasonable they are. They have no reasons for such an action," said Norouzi in an interview for the Bulgarian National Radio Saturday.

At the same time, Norouzi suggested that the terrorist attack, which claimed the lives of 5 Israeli tourists and their Bulgarian driver, actually benefits Israel.

"We know that there are various terrorist organizations working in different countries, so that if this act is in Israel's favor, then we have to look who actually requested the attack," said the Iranian ambassador.

"This is a question that every reasonable member of the public must answer for his or herself," added he.

Norouzi further explained that Bulgaria's and EU's linking of Hezbollah to the Burgas bus bombing in no way whatsoever implicates Iran.

In particular, the diplomat stressed on the lasting friendly relations between Bulgaria and Iran, which he traced back to ancient times.

Bulgaria's government first spoke of a Hezbollah link in February.

Soon after the July 18 anniversary of the bombing, the EU blacklisted Hezbollah's military wing as a terrorist organziation.

This move was welcomed by Israel, which only days after the attack had alleged the Lebanese organization and Iran stood behind the bombing.