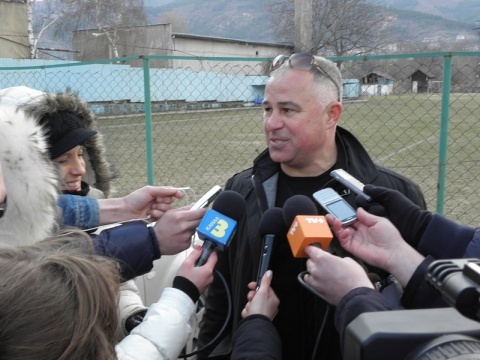 The municipality of Simitli in southwestern Bulgaria has declared Friday three days of mourning for the five miners who died in the collapse of the nearby Oranovo coal mine.

The dead bodies of the two miners who were trapped inside since July 16 were found Friday.

On Thursday, one miner died inside the mine from an apparent heart attack.

The proposal to have the official mourning came from the Mayor of Simitli, Apostol Apostolov, who visited at the scene of the incident regularly ever since the mine collapsed and tried to help the rescue team and the miners in any possible way.

The funerals of Mihaylov and Lazarov will be, most likely, held Saturday, but there is no official information on it yet.

Asen Grancharov, 49, who passed away from heart attack, was buried Friday.

After the two bodies were found, the mine's manager, Valeri Manov, held an emergency briefing for the media. He said that he believed the miners died immediately after the collapse on July 16 and did not suffer.

Manov also explained he felt responsible as manager for the safety of the workers, but did not feel guilty and was not going to resign.