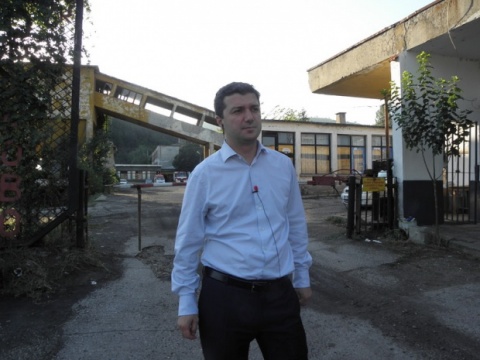 Economy and Energy Minister, Dragomir Stoynev, took an emergency trip to southwestern Bulgaria Thursday after a worker suffered heart attack and died inside the collapsed Oranovo coal mine. Photo by BGNES

Bulgaria's Economy and Energy Minister, Dragomir Stoynev, has reiterated Thursday his pledge to end the "vicious practices" at the Oranovo mine and bring to justice those responsible.

Stoynev took an emergency trip to the collapsed coal mine in southwestern Bulgaria and skipped the second parliamentary reading on the budget revision after a worker, 49, suffered a heart attack in the early morning and passed away inside.

The Minister listed a number of safety and other breaches and was firm they will come to an end.

The mine's manager, Valeri Manov, told media that this was not a work related incident and the man fell ill and died, most likely, from a heart attack.

The man, identified as Asen Grancharov was a miner, who was not part of the search team, but of the auxiliary staff.

An autopsy is being performed in the city of Blagoevgrad and its results are pending.

Representatives of the Labor Inspectorate, dealing with work safety, and of the National Social Security Institute, NOI, are on their way to the mine.

There is also a scheduled examination of the premises and questioning of witnesses.

The search effort to find two miners trapped inside the mine, after it collapsed on July 16, is continuing for the 17th consecutive day.

Miners Ivan Lazarov, 35, and Nikolay Mihaylov, 42, were trapped 450 meters below the surface underneath an avalanche of mud, rocks and water. There is no longer hope of finding them alive.