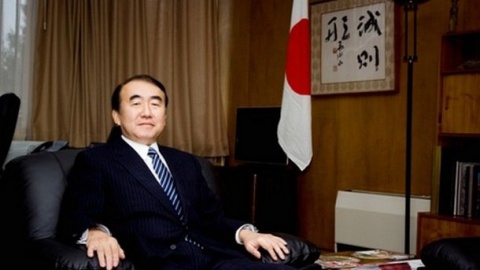 Japanese ambassador to Bulgaria Takashi Koizumi. Photo by the Japanese Embassy in Sofia.

Bulgarian politicians and ordinary citizens must exercise wisdom to solve the political risis that has gripped the country for months, stated Japan's ambassador to Sofia Takashi Koizumi.

"Political parties in Bulgaria should use dialogue in the name of the peoplr's good," sai Koizumi.

"What is happening now is something normal. Time must pass before people fully change their mindset to a democratic one," added he, referring to ongoing anti-government protests and deep political divisions.

Sunday the Japanese ambassador was on a visit to the village of Vrabevo near Troyan in Bulgaria's central northern Lovech region, on the occasion of the village's church holiday honoring St. Panteleimon.

"Protests are something natural, while on the other hand the government has been legitimately elected by a parliament that is balanced between rulers and opposition," sai Koizumi.

"In this situation stability is hard to achieve in politics, so dialogue and thinking for the people's happiness are crucial," added he.

The Japanese ambassador further stated his strong hopes that political actors will find a way to talk to each other and reach an agreement.