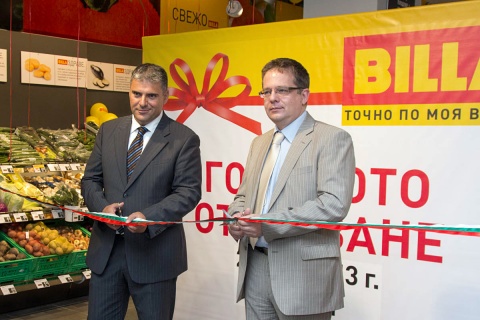 The new store is located in the very heart of the capital's downtown, on 9 "Pirotska" street.

Despite being smaller than the Billa supermarkets in the suburbs, of the so-called compact type, the store will offer a variety of merchandise, including produce, meat, and freshly baked bread and pastries, as well as grilled meat and salads prepared on the spot.

Billa is considered one of the most successful foreign investors in Bulgaria, and a large-scale employer, providing work for over 3 300 Bulgarians.