Ruling on Bulgaria's Conflict of Interest Watchdog Chair Due 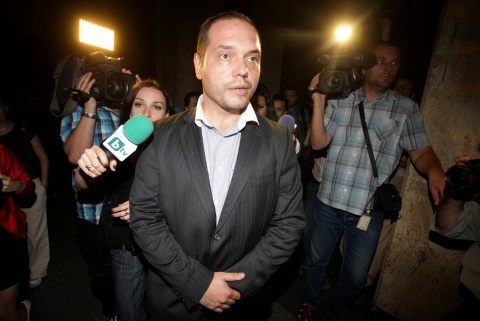 Filip Zlatanov is appealing the decision of the Sofia City Court to remove him from the post of Chair of Bulgaria's Commission on Prevention and Ascertainment of Conflict of Interest (CPACI) over charges of malfeasance in office. Photo by BGNES

An appeals court is expected to rule on Tuesday on the dismissal of the chair of Bulgaria's Commission on Prevention and Ascertainment of Conflict of Interest (CPACI) over charges of malfeasance in office.

Filip Zlatanov is appealing the decision of the Sofia City Court to remove him from the post.

On Wednesday, Bulgaria's prosecuting authority pressed charges of malfeasance in office against the Chair of CPACI, with Deputy Chief Prosecutor Borislav Sarafov citing excerpts of a "very interesting notebook" seized from Zlatanov's desk indicating that he had received instructions about the progress of certain cases.

In a Monday statement, Zlatanov adamantly rejected that the notes in his infamous personal notebook were instructions for his work, adding that they had been his own ideas and remarks.

The court ruled that it was possible that Zlatanov would exert harmful influence over officials of CPACI and obstruct evidence gathering on the case if he remained Chair of the watchdog.

"I am innocent and I hope that I will continue to perform my duties," he declared on Friday.
Asked what he had meant by jotting down "to be stricken", he suggested that it implied "to find a case of conflict of interest, maybe."