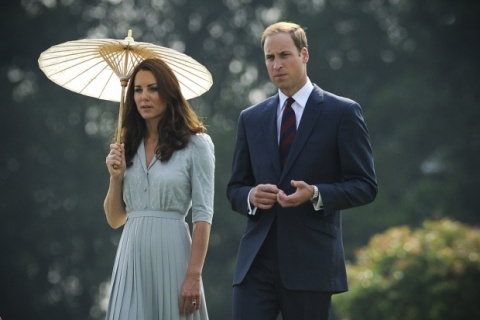 Duchess of Cambridge (Kate Middleton) and Prince William are awaiting the final hours of her pregnancy, file photo by EPA/BGNES

The entire world, and particularly Great Britain, is eagerly anticipating the country's royal baby a week past the mother's due date.

The "Daily News and Analyses" writes Sunday that Kate Middleton and Prince William could have been intentionally been vague about the due date, which until now was known as July 13.

According to the same publication, Kate Middleton is allegedly not due until July 23 because her mom Carole Middleton reportedly told her friends that the baby will be a Leo, meaning the newborn isn't supposed to arrive for a few more days!

Kate's due date may not be for another week or so, NBC also reported, citing again Carole Middleton.

According to Just Jared, Catherine, Duchess of Cambridge (Kate Middleton) and Prince William are awaiting the final hours of her pregnancy at Kensington Palace in London, England.

The 31-year-old pregnant royal and the 31-year-old prince reportedly came from her family home in Bucklebury, so they could be closer to St. Mary's hospital, where Kate is expected to give birth.

The couple's whereabouts will not be confirmed by the Palace until Kate enters the hospital.

William is currently using his vacation time from being a helicopter rescue pilot while awaiting the baby's birth.