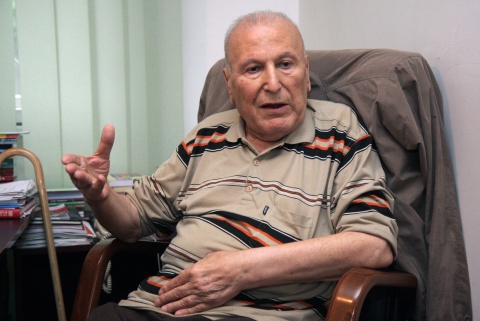 Prof. Alexander Lilov, former leader of the Bulgarian Socialist Party (BSP), died on Saturday. He was 79.

Alexander Lilov was born on 31 August 1933 in the village of Granichak, northwestern district of Vidin. He graduated Bulgarian Studies at Sofia University and in Aesthetics and Art Theory at the Academy of Public Sciences in Moscow.

In July 1990 as Bulgaria convened its first post-communist parliament Lilov lead the the former comkunists, already calling themselves Socialists.

"We won't betray our campaign platform,'' Lilov told members of Parliament. ''And we will work with all of you for democracy and prosperity in Bulgaria.''

A few months later, in September 1990, Alexander Lilov was reelected to the party chairmanship, dealing a heavy blow to liberals who sought faster economic reform and a complete break with the party's authoritarian past.

The Socialists, presenting themselves as born-again democrats, won a surprisingly strong victory in parliamentary elections that year, winning 211 seats to the union's 144. The remaining 45 seats went to small parties.

Out of all Bulgarian politicians in the country’s recent history, Lilov served the longest as member of parliament.