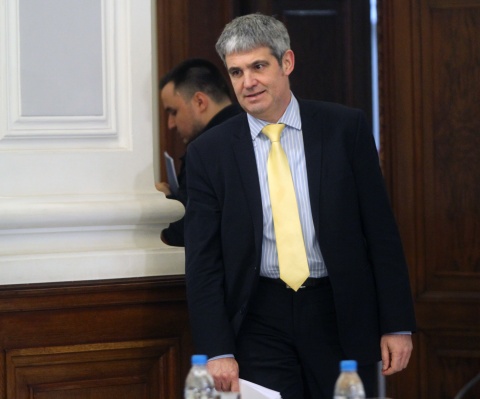 Plamen Dimitrov, head of the Confederation of Independent Trade Unions in Bulgaria, CITUB, photo by BGNES

Plamen Dimitrov, head of the Confederation of Independent Trade Unions in Bulgaria, CITUB, has suggested that plans to curb the capacity of Thermal Power Plant "Bobov Dol" to 850 000 MW during the next regulatory period are technically impossible because the TPP would be left with half a unit in operation.

In a Thursday interview for Nova TV, he suggested that such a step would results in hundreds of job losses and a number of mines would be closed.

"Rumors have been gaining momentum that over 100 – 150 former and current MPs are connected to renewable energy industry," he said, adding that the allegations had started circulating one or two years ago.

Asked whether a miners' strike was inevitable, Dimitrov said that it could only be averted if the State Commission on Energy and Water Regulation, DKEVR, came up with an alternative model of regulation and provided guarantees for exports.

"Some measures are being prepared, but we are not really seeing the steps," he added.

The CITUB Chair emphasized that the mining industry required constant investments, adding that it was up to the state to provide timely payments to the mines.

Dimitrov went on to suggest that the politicians who were to blame for the huge debt of the National Electricity Company, NEK, had to go to prison as "when NEK fails to pay to thermal power plants, they, in turn, cannot pay to the mines, who are therefore unable to make investments."