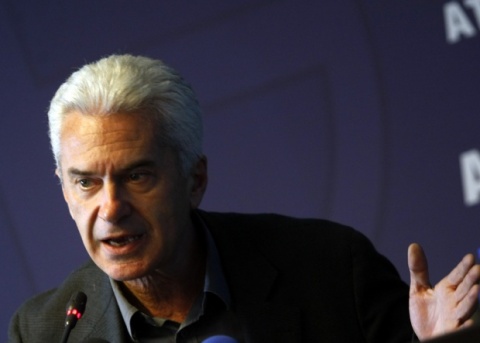 The leader of the Bulgarian extremist nationalist Ataka party, Volen Siderov, demands from Foreign Minister, Kristian Vigenin, to take actions against foreign diplomats in the country.

Last week, amidst mass and persisting anti-government protest rallies, the French and German Ambassadors in Sofia issued a joint statement, insisting the voice of the people to be heard and Bulgaria to part with the oligarchic model of ruling the country.

As response, Siderov sent Wednesday an open letter to Vigenin with a copy to the media.

He says the actions of the diplomats are an unacceptable meddling in the country's home affairs with the French, German, and Dutch Ambassadors pressuring the independent government of Bulgaria.

"They have crossed all boundaries of good partnership relations and it is obvious they are tools in the hands of the formerly-ruling Citizens for European Development of Bulgaria party, GERB, in delivering their political orders. These diplomats are lobbying for particular business circles against Bulgarian national interests," Siderov's open letter reads.

He insists that Vigenin takes a stance and the necessary measures to stop this outrageous pressure and offensive interference in the country's home affairs and political and public life.

In reaction to the positions of the diplomats, Vigenin and Plamen Oresharski, Prime Minister in the Socialist-endorsed Cabinet, said they pertained to former governments.

Meanwhile, the traditional afternoon rally, the 33rd in a row, is starting 6:30 pm Wednesday on Independence square in front of the Council of Ministers building in the capital Sofia.