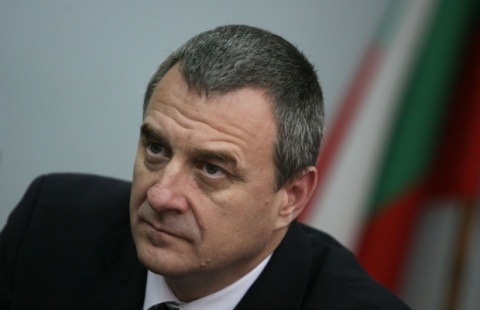 The position of Bulgaria on the terror act in Burgas is absolutely real, there is no change in it and we have leads pointing at Hezbollah, according to Interior Minister Tsvetlin Yovchev.

Yovchev spoke at a briefing Wednesday, reiterating in the period he has been at the post, the Bulgarian investigation and services have received additional evidence, also backing the above.

He stated he would not present any details as the investigation was still ongoing, adding there was no doubt who masterminded the act, only the ID of the perpetrator remained unclear.

July 18 will mark one year since the bus bombing at the Sarafovo airport of the Black Sea city of Burgas that killed five Israeli tourists, their Bulgarian bus driver, Mustafa Kiosov, and the bomber.

The officials have said Britain and the United States are pressing several EU countries that are reluctant to back such a move.

Deputy Foreign Minister Zeev Elkin on Sunday convened a special meeting at the Foreign Ministry to discuss efforts to include Hezbollah on the EU's list of terrorist groups. One senior Foreign Ministry official said EU institutions are expected to conduct several meetings on the matter in the coming days.

For the designation to be made, a unanimous vote of all 27 member states is required.

In February 2013, Bulgaria's then-Interior Minister Tsvetan Tsvetanov in the Cabinet of the Citizens for European Development of Bulgaria party, GERB, suggested that the evidence collected by the investigating authorities led to a "reasonable assumption" about the involvement of the Lebanese militant group in last year's terror attack at the Burgas airport.

Vigenin said on June 5 that "the evidence is not categorical" that Hezbollah planned the attack. International media then commented that the Balkan country had "backed away from charges" that the Shi'ite Muslim militant group had carried out the attack.

International media then commented that the Balkan country had "backed away from charges" that the Shi'ite Muslim militant group had carried out the attack.

Announcing plans for reforms in the security sector at the beginning of June Yovchev and Chief Secretary Svetlozar Lazarov made clear the stance of the Ministry on the terror attack.

"There is no change in the Bulgarian stance on the act of terror in Sarafovo. My expert opinion, as I am acquainted with the conclusions and the facts, gathered up to now in the investigation, is that the announced stance of my colleagues is right and I support it," the Interior Minister stated.