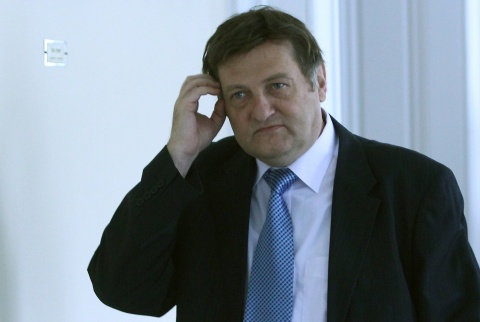 Danov, however, declined to specify the concrete projects which were being developed, stressing that the structure of the newly established Investment Planning Ministry was yet to be finalized.

In a Monday interview for the Bulgarian National Television (BNT), he made clear that the new ministry had a budget of BGN 250 000 for furniture and equipment, adding that the staff would be supplied by transferring employees from other state bodies and without creating new jobs.

Danov, as cited by investor.bg, reminded that the Investment Planning Ministry would take over the Directorate for National Construction Control, DNSK, and the the Geodesy, Cartography and Cadastre Agency.

He argued that the Housing Policy Directorate of the Ministry of Regional Development and Public Works was also supposed to be transferred to the Investment Planning Ministry, adding that the step had been postponed so as not to risk losing EU funding for projects currently overseen by the Directorate.

Danov explained that his main job would be to attract investments in construction and the key step to achieve this would be the establishment of a cadastre information system.

"The first order I was given by Parliament, which I will start working on, was to establish the cadastre. It is very difficult to attract investors without a cadastre because attracting investors requires trust," he said, adding that Bulgaria had become somewhat less reliable.

Danov assured that the Ministry of Investment Planning would not take over responsibilities of municipalities because it would only be in charge of sites of national importance determined by the government.

He drew attention to the fact that the Investment Planning authority would have a limited capacity, adding that the Ministry would be incapable of exercising control over the construction of sites of municipal importance.