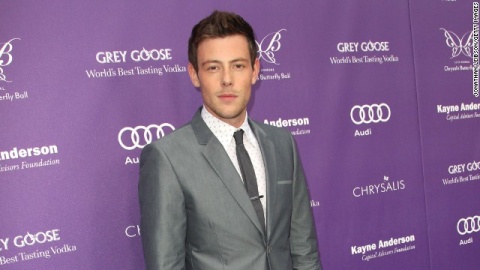 Monteith had played front man and heartthrob Finn Hudson since the hit musical comedy's start in 2009. Photo by CNN

Glee star Cory Monteith has been found dead in a Vancouver hotel. He was 31.

The actor, who played Finn Hudson in the Fox TV hit, was found dead at the Pacific Rim Hotel in the city centre on Saturday, said police, as cited by international news agencies.

Monteith's body was discovered by staff members at the Fairmont Pacific Rim Hotel after he missed his checkout time, acting Chief Constable Doug LePard told reporters at a news conference.

He had checked into his room July 6.

The actor apparently had several people over to his room at one point Friday night, but LePard said Monteith was seen on hotel surveillance video returning to his room in the early morning hours by himself.

The cause of death was not immediately apparent, but police have ruled out foul play.
Monteith, who had been in the musical comedy since its 2009 start, was treated for drug addiction

in April, and had a history of substance-abuse.

Coroner Lisa Lapointe said: "We do not have a great deal of information as to cause of death."

An autopsy is scheduled for Monday.