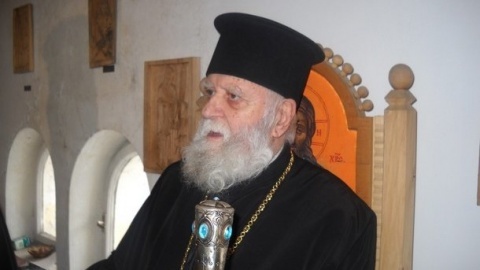 The Holy Synod of the Bulgarian Orthodox Church elected Wednesday, after a 2-hour emergency sitting, Vratsa metropolitan Kalinik as interim metropolitan of Varna and Veliki Preslav.

Kalinik is to temporarily replace the late Varna metropolitan Kiril whose body was discovered on a beach in the exurban area of Trakata near Varna on Tuesday.

Kalinik will assume the post after the traditional for the Eastern Orthodox 40 days of respect for the deceased.

He was born Dimitar Alexandrov in 1931 in the village of Maglizh near the central town of Kazanlak. He is a graduate of the Theology Academy in Sofia and in 1960 became monk under the name of Kalinik.

In 2012, he was one of the 11 out of the total of 15 metropolitans exposed as former agents of State Security (DS) the Bulgarian secret service during the Communist dictatorship (1944-1989). He started working for the State Security in 1968 under the aliases of Rilski and Velko. In 1970, he became abbot of Rila Monastery; a bishop in 1971, and shortly after – the metropolitan of Vratsa.

He asked for forgiveness for his affiliation with the Communist services, saying he never spied and/or reported on anyone and became agent to be in synchrony with the State and the wellbeing of Bulgarians.

Elections for permanent Varna metropolitan are to be held within a 3-month deadline. Two bishops' nominations would be presented to the Holy Synod, which is to make the final choice.

Three metropolitan posts are at stake – the one in Ruse of Neofit who was elected patriarch of the Bulgarian Orthodox Church after patriarch Maxim passed away last year; the one of the metropolitan of Western Europe after Simeon withdrew for health reasons, and since Tuesday – the one in Varna.

Kiril is to be buried in Varna on Thursday.

A black cloth is displayed on the Holy Synod headquarters in downtown Sofia and increased police presence is reported in the area.