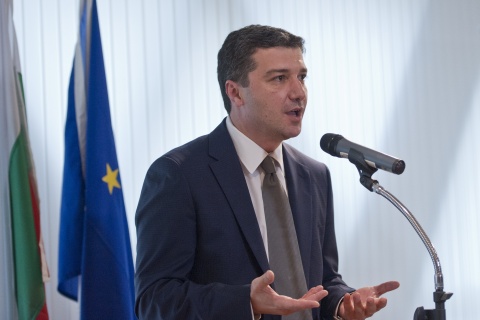 Dragomir Stoynev, Bulgaria's Minister of Economy and Energy, has vowed an increase in coal prices by end-2013 from the current "unrealistically low" levels.

"Coal prices have not been increased over the past three years and a half and have even been reduced. The prices at which the Maritsa Iztok Mines are functioning now are abnormal, they are artificially low and the company is operating at a loss," Stoynev explained Tuesday, as cited by Darik radio.

"I can promise that coal prices will increase by the end of the year," Stoynev declared, adding that the tariffs would most probably be updated in the period September – end- 2013.

Dragomir Stoynev yet again reiterated the government's commitment to reduce the electricity prices.

He suggested that the legal changes and measures adopted by the government would help stabilize the energy system despite the fact that the National Electricity Company (NEK) was de-facto bankrupt.

"The price of electricity will not increase for the end consumer and for the business sector.

The Minister assured that neither end consumers nor the business sector would see electricity tariffs go up thanks to the legal amendments adopted by Parliament.

"NEK is in a critical condition, NEK is de-facto bankrupt and I am not trying to hide it. Its debts amount to nearly BGN 2 B, but one way or another, we believe that we will manage to save the system from bankruptcy thanks to the measures we adopted," Bulgaria's Economy and Energy Minister explained.

Asked to comment on the report of the State Agency for National Security (DANS) citing fraud schemes and money laundering operations conducted through renewable energy projects, Stoynev said that the findings were worrying, adding that he would present more information on the matter in a report to Parliament.