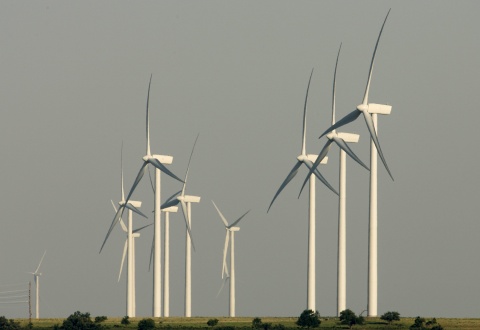 Renewable energy companies are a front for money laundering, according to a report of the Financial Intelligence Directorate of Bulgaria's State Agency for National Security (DANS) for 2012.

The report, as cited by Sega daily, draws attention to the return of pyramid/Ponzi schemes, adding that they have become more complicated and refined compared to the fraud schemes to which many Bulgarians fell victim in the 90s.

According to DANS, renewable energy plants are used in money laundering schemes for a number of reasons.

Firstly, the diversification of energy sources is a main priority in Bulgaria and the EU, which presupposes the creation of companies operating in the sphere.

The energy produced by these plants is purchased at preferential prices under preliminary contracts and this type of investment is incentivized, which paves the way for attempts to use the activity of these companies for money laundering, DANS notes.

DANS informs that it has encountered cases in which the photovoltaic plants were built using loans from offshore companies, adding that this obstructs the detection of the source of the funding.

No criminal case has yet been opened in the sphere of renewable energy, according to the report.

The conclusion comes a few weeks after court authorities in Italy seized mafia-linked assets worth EUR 1.67 B in the renewable energy sector.

The main money laundering schemes uncovered in Bulgaria in 2012 are also related to offshore companies.

In 2012, the financial intelligence directorate of DANS intercepted suspicious operations worth over EUR 1.57 M.

Despite the fact that the total amount is less than in 2011 (EUR 4.3 M), the total number of intercepted deals registers a two-fold increase.

DANS informs that it inspected suspicious operations and deals worth nearly EUR 582 M.

Unlike reports for previous years, the latest analysis of DANS shows that Bulgaria is less frequently used as a transit destination for money laundering.

The decline is explained with the decrease of foreign investments, which has curbed opportunities for laundering large sums of dirty money.

According to DANS, this has made crime rings prefer offshore companies as a means for legalizing proceeds from VAT fraud.