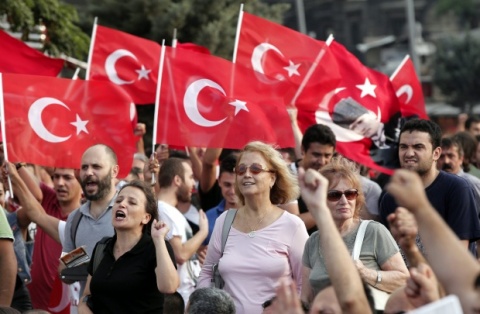 The court in Istanbul has annulled the controversial project for the reconstruction of Taksim Square.

The project led to mass anti-government protests that have been shacking Turkey for over a month now.

The rule has been issued at the beginning of June but was made public Thursday on the internet pages of a number of Turkish newspapers, the Bulgarian news agency BGNES reported.

The First Administrative Court in Istanbul grounded the cancellation of the project on the fact it did not seek and taken into account the opinion of "local people." The rule can still be appealed.

Meanwhile, German Finance Minister Wolfgang Schaeuble has said on Wednesday that Turkey should not join the EU because the country is not part of Europe. Thus, he strongly emphasized on the resistance of Berlin against Ankara's EU ambitions and bid.

The US and the EU expressed concern over Turkey's handling of the protests and Amnesty International condemned the police's tactics.