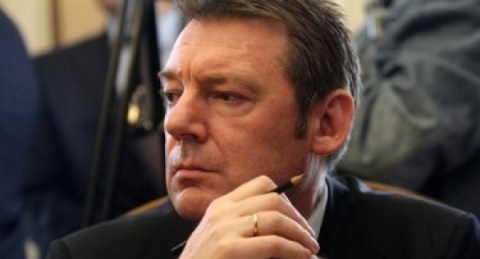 Vladimir Pisanchev, who was tangled in the "Galeria" spying scandal, has been officially appointed as interim head of Bulgaria's State Agency for National Security, DANS, widely dubbed the country's FBI.

A document, published on the government’s official site and dated June 20, says that Pisanshev is taking over the office of DANS chairman until a new head is elected.

The news comes a week after Bulgaria’s parliament hastily and without debates appointed shady media mogul Delyan Peevski, who was MP from the predominantly ethnic Turkish Movement for Rights and Freedoms, DPS, as Head of DANS, stirring a wave of protests across the country.

On Wednesday Bulgaria’s Parliament retracted the appointment of Peevski as head of DANS. The move however is unlikely to appease protesters, who have called for the government’s resignation.

The notorious operation "Galeria," in which DANS was exposed in unauthorized spying on journalists, MPs, and business people, started shortly after the Agency's launch in 2008 (during the term of the Three-Way Coalition, 2005 – 2009), over suspicions of leaks of classified information from its employees to the now-closed site "Opasnite" (The Dangerous).

Vladimir Pisanchev, then Head of the Security Directorate of DANS, was accused by one of these MPs – Socialist Tatyana Doncheva, of giving the green light to the unauthorized wiretappings.

He firmly denied the accusations, but was nevertheless dismissed by the DANS Head at the time – Petko Sertov. Sertov also dismissed Deputy DANS Chief, Ivan Drashkov.