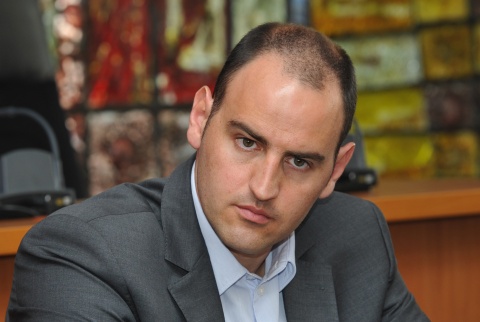 Stoychev explained he wanted to be in good shape by the beginning of next year.Photo by BGNES

Stoychev, as cited by dnevnik.bg, explained he wanted to be in good shape by the beginning of next year.

"I have already started training. I want to get back in shape over the next 7-8 months, as far as this is possible," Stoychev was quoted as saying in an interview for TV7.

He made clear that he was going to skip the FINA World Championships 2013 in Barcelona "for obvious reasons," adding that he intended to get back in shape in order to take part in a number of prestigious international competitions in 2014.

He became European Champion in the 25 km open water swimming championship in September 2012.