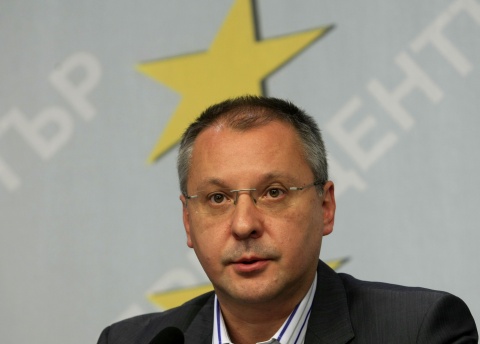 The Sofia city unit of the Bulgarian Socialist Party, BSP, has scheduled a meeting for Monday evening to vote on a motion calling for the resignation of the Sergei Stanishev, leader of the party.

Stanishev's resignation has been requested by a large number of activists of the largest regional unit of BSP on the grounds of a misguided staffing policy, most notably the appointment of notorious media tycoon Delyan Peevski as Chair of the State Agency for National Security, DANS.

Peevski's appointment triggered an outburst of the public discontent, causing Bulgarians in a number of cities to take to the streets for three days in a row, calling for the resignation of the socialist-led government headed by Prime Minister Plamen Oresharski.

According to sources close to the matter, as cited by offnews.bg, Delyan Peevski was nominated by Stanishev and he imposed the candidate despite the reservations of Oresharski.

Oresharski lent credibility to the allegations by admitting in a Monday interview for bTV that Peevski's nomination had been discussed at a meeting with Stanishev and Lyutvi Mestan, leader of the ethnic Turkish party Movement for Rights and Freedoms (DPS).

Bulgaria's Prime Minister, however, refused to specify who of the three had come up with Peevski's nomination.

The Sofia city unit of BSP is chaired by Anna Yaneva, who was appointed Deputy Minister of Economy and Energy by Oresharski on Thursday.

Yaneva is believed to be one of the closest allies of Rumen Ovcharov, former Economy and Energy Minister, whose deputy she was during the term in office of the three-way coalition government.

However, the motion calling for Stanishev's resignation is said to have been initiated by other BSP members.

On Sunday, the BSP unit in Sofia's Vitosha residential district also demanded that the leader of the party step down.