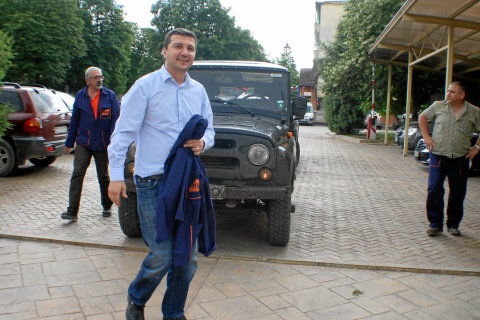 Bulgaria's Minister of Economy and Energy Dragomir Stoynev has confirmed the forecast of Prime Minister Oresharski that a decrease in electricity prices by 5% from the beginning of July or August 2013 is possible.

Stoynev voiced his support for Oresharski's estimation before the start of the sod-turning ceremony for the Economic Zone "Sofia - Bozhurishte" on Monday.

Earlier on Monday, Prime Minister Oresharski informed that he would meet with energy experts to discuss possibilities for reducing electricity prices from August 1 by around 5%.

"The energy system faces collapse – unless the necessary concessions are made, we shall all sink together. That is, we all sink or swim together," Stoynev stated, as cited by the BGNES news agency.

He noted that the contracts with private thermal power plants Maritsa East 1 and Maritsa East 3 had already been signed and Bulgaria could not amend them in the course of a few days because it would harm the business environment in the country.

"We have already started talks with electricity producers across the country about the need to take a step back" he informed.

"Possibly, after that we shall all together make three steps forward. This is why we rely on the constructive dialogue of all producers of electricity so that short-term steps can be taken to get the economy functioning again," Stoynev said.

The Economy Minister also made clear that he expected a set of amendments to the Energy Act to be adopted very soon.