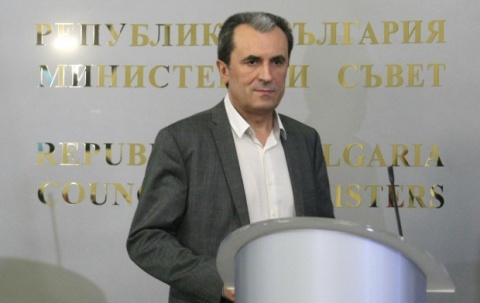 Plamen Oresharski issued a statement just hours after controversial businessman and MP Delyan Peevski sent a letter to all media in Bulgaria, saying he was ready to withdraw as head of the State Agency for National Security. Photo by BGNES

Bulgaria’s prime minister has hinted he is ready to nominate new head of the country’s security agency amid countrywide protests.

Plamen Oresharski issued a statement just hours after controversial businessman and MP Delyan Peevski has sent a letter to all media in Bulgaria to announce he was ready to withdraw from the post of Head of Bulgaria's State Agency for National Security (DANS).

"I accepted to carry out the duties of DANS Head on behalf of Bulgarian citizens. Again on their behalf, I am ready to accept a decision of the 42nd General Assembly to revoke my election.

This act is a show of our shared responsibility – mine, of Prime Minister, Plamen Oresharski, and the leaders of the Bulgarian Socialist Party, BSP, and of the Movement for Rights and Freedoms, DPS, Sergey Stanishev and Lyutvi Mestan," Peevski writes in the letter.

The letter was sent in less than 12 hours after mass protests rallies were held in Sofia and across the country over outrage from the scandalous election.

“I take Mr Peevski’s statement as an act of maturity and responsibility in times of tensions,” the prime minister said in a statement on Saturday afternoon.

“I have been assured by MPs who support my government that a move to remove Peevski will be tabled. This opens the way for me to hold talks and pick new candidate.”