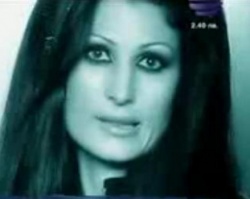 Peni Boteva in a "Payner" video clip, photo by OFFnews.

A chalga diva has been nominated for Deputy Agriculture Minister by the Bulgarian Stock-Breeders Association.

Penka Hristova, also known as Peni Boteva, is a former singer in the genre of pop folk, or chalga, and part of Bulgaria's largest chalga label "Payner."

The most famous video of the singer- "Lipsvash me (I Miss You)" has been thoughtfully deleted on Internet, the Bulgarian "Sega" (Now) daily wrote. However, news site "Offnews" succeeded in finding the video clip.

Hristova is a former President of the Stock-Breeders Association. Three years ago she also became adviser on livestock of the Agriculture Minister in the GERB Cabinet, Miroslav Naydenov.

Caretaker Agriculture Minister Ivan Stankov said in March 2013 that she will be dismissed since nothing was done in the sector. It is not clear whether this actually happened.

Hristova's career is closely connected to the Citizens for European Development of Bulgaria party (GERB.) The Stock-Breeders Association, which she headed, supported all of the Government's ideas and opposed the protests against the poor performance of the Ministry of Agriculture at the time of Miroslav Naydenov.

Hristova is married to weightlifter Stefan Botev who was municipal councilor from the party of former Sofia Mayor, Stefan Sofiyanski - Union of Free Democrats (SSD.) Botev had very good relationship with GERB's leader and former Prime Minister, Boyko Borisov, at the time when Borisov was Mayor of Sofia.