Lawyer of Bulgaria's Ex Interior Minister: Tsvetanov Has No Reason to Worry 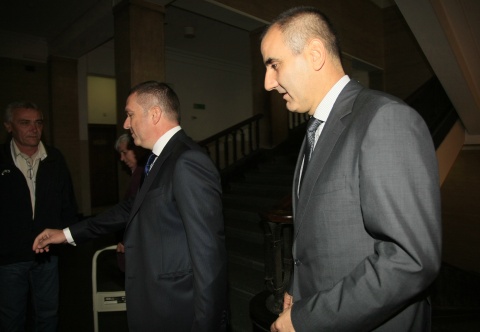 Tsvetan Tsvetanov has every reason to remain calm because the indictment which was brought against him cannot possibly fulfill the elements of the crime for which it was presented, according to Menko Menkov, lawyer of Bulgaria's former Interior Minister and current chair of the center-right GERB party.

He was imposed a remand measure of signed promise for appearance.

Speaking Wednesday in the hallways of Parliament, Menkov made clear that he had not been given any materials related to the investigation or any evidence in support of the charges.

Tsvetanov's legal defender claimed that the wrongdoing of which the former Interior Minister was accused was not not enough to establish corpus delicti and had nothing to do with illegal wiretapping.

"What the real purpose is and who is pursuing it I cannot tell" he stated, as cited by Sega daily.

Menkov suggested that it was unclear what crime the other four defendants to the case had committed.