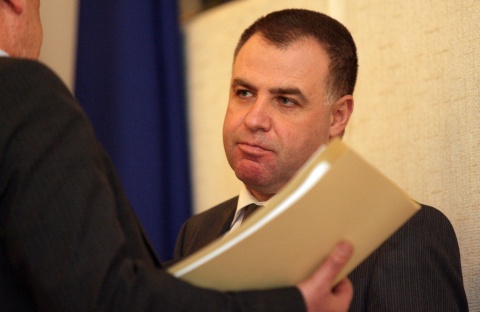 The step was first reported by the JudicialReports website, which cited sources close to the matter, and was subsequently confirmed by the Sofia City Prosecutor's Office in response to a question of dnevnik.bg.

The ruling of the prosecuting authority dates back to end-April and the refusal to initiate a lawsuit is explained with insufficient evidence.

The scandal broke in August 2012, when it emerged that the company of Spasova and Dimnitrova, "KM COM" had won a public procurement deal worth BGN 50 000 for the creation of Facebook and Twitter accounts for the Rural Development Program.

The company of 25-year old Spasova and her colleague, aged 24, was found to have been established with a capital of BGN 2 on September 26, 2011, a mere three months ahead of the signing of the contract with the Ministry of Agriculture and Food.

Apart from the inspection of the prosecuting authority, the National Revenue Agency also launched a probe of the former officials of the Bulgarian Food Safety Agency.

According to the JudicialReports website, the results of the NRA probe were sent to the prosecutors but were never published.

The decision of the Sofia City Prosecutor's Office on the case came shortly before Naydenov was granted the status of a protected witness in the illegal wiretapping trial against former Interior Minister Tsvetan Tsvetanov.

Naydenov was granted enhanced protection after declaring in an interview for bTV that Tsvetanov had ordered that ministers of the GERB government be wiretapped.

During one of the conversations, the three can be heard discussing options for obstructing court proceedings against Naydenov on charges of corruption and malfeasance in office.

Kokinov suggests that Spasova, whom he refers to as "the lady Naydenov is currently living with", has accepted a deal with the investigating authorities to testify against him in order to avoid the launch of proceedings against her.

Borisov also suggests that Spasova is capable of getting Naydenov in huge trouble.