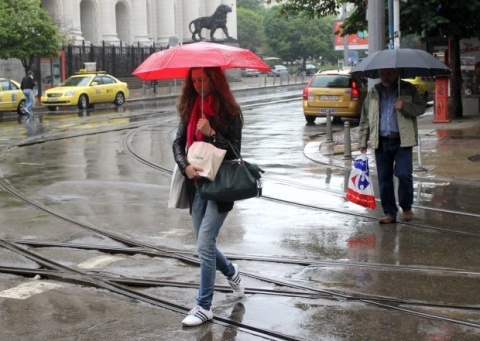 Bulgaria is bracing for a day of heavy rain, according to the national weather forecast. Photo by BGNES

Codes orange and yellow have been declared Tuesday in Bulgaria due to heavy downpours, the National Institute for Meteorology and Hydrology at the Bulgarian Academy of Sciences, BAS, has announced.

Heavy rain, thunder storms, and hail are in the forecast for all these 19 regions.

Eastern Bulgaria is under code green.

The downpours in western and central Bulgaria are expected to arrive in the afternoon Tuesday and will intensify Tuesday night into Wednesday.

At some locations they will reach up to 50-60 liters per square meter. All through the week, temperatures will be lower than the usual for this time of the year.