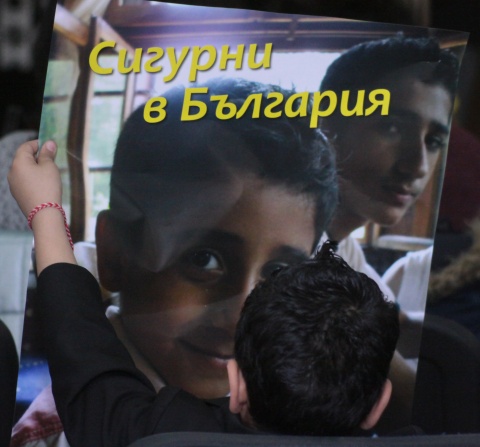 A major cause of refugees’ homelessness in Bulgaria is due to the policy of prolonged detention, says a UN report. File photo by Sofia Photo Agency

Homelessness and the threat of homelessness are two of the most serious conditions affecting refugees and asylum-seekers living in Bulgaria, according to a report by the UN High Commissioner for Refugees (UNHCR).

"Where is my home?", a collection of three studies on housing issues and homelessness among refugees and asylum-seekers in three countries (Poland, Bulgaria and Slovakia), is part of a regional initiative by UNHCR in central Europe and is based on research conducted in 2012.

In Bulgaria, researchers identified homelessness as a threat at every stage of the asylum process, Mr. Edwards noted.

“In addition to discovering homelessness among newly arrived asylum-seekers, researchers found at least one example of a fully integrated refugee who was destitute and living on the street.”

A major cause of homelessness in Bulgaria is due to the policy of prolonged detention, says the report.

In order to be released, many asylum-seekers falsely declare that they have accommodation elsewhere, but are unaware that these declarations make them ineligible for further State protection.

The report on Bulgaria called the country’s refugee integration measures “insufficient in their scope and duration.”

Among its 20 recommendations, the report suggests that Bulgarian municipalities become partners in refugee integration to increase the availability of housing and that the country reform its integration process.

The studies were conducted as part of UNHCR’s mandate to promote refugee integration in host countries, and to monitor integration issues such as housing, employment, education and public attitudes towards foreigners and asylum-seekers.

Similar research is under way in Romania, Slovenia, Hungary and the Czech Republic.