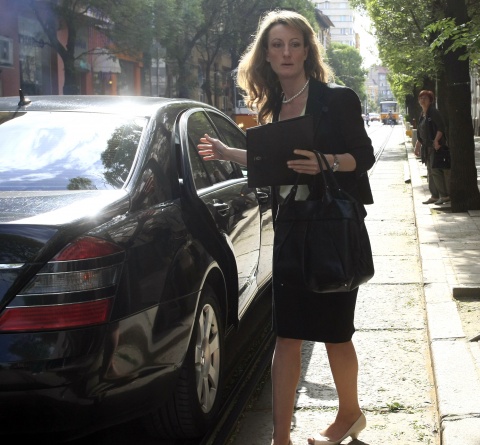 Zinaida Zlaranova, Deputy Prime Minister and Justice Minister, has vowed to do everything possible to make sure that Bulgaria fulfils all criteria of the European Commission so that the Cooperation and Verification Mechanism (CVM) is lifted.

Zlatanova, who is in Luxebourg to attend a meeting of the Justice and Home Affairs Council, vowed that the government would do its best to achieve good results and convince the EC that the monitoring mechanism had to be lifted.

"It is clear that the mechanism will remain in place until all six criteria monitored by the EC are fulfilled," she explained, as cited by mediapool.bg.

Zlatanova refrained from comments on the impact of the recent scandals, including suspicions of election fraud and unauthorized wiretapping, on the next EC report on Bulgaria due in end-2013.

She assured, however, that the period of 18 months between the previous report and the upcoming one would be adequately and impartially estimated by the EC.

Zlatanova commented on the letter of interior ministers of UK, Germany, Austria and the Netherlands seeking measures and restrictions aimed at curbing the so-called "benefits tourism" in the EU.

Bulgaria's Deputy Prime Minister suggested that the EC had access to a number of documents proving that the free movement of people was one of the main tools in the fight against the economic crisis.

She was adamant that free movement of people was a major source of pride for the EU, adding that it provided an essential tool for recovering economic growth and jobs amid the ongoing crisis.

She was positive that Bulgaria did not want the principle reconsidered.