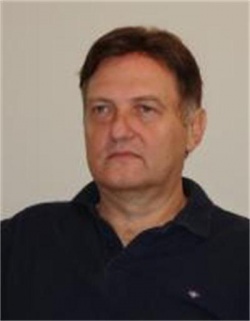 Ivan Danov, the Minister of Investment Planning in the government formed with the mandate of the Bulgarian Socialist Party, BSP, has been alleged to have improperly "earned" close to EUR 15 000 from the French welfare system.

According to the site for investigative journalism Bivol.bg, Danov received social assistance after listing himself in France as unemployed, while at the same time, he was working as university lecturer and private design architect in the Bulgarian capital Sofia.

Bivol have published documents, showing the above happened in the 2004 – 2005 period.

Danov's appointment to head Bulgaria's brand-new Ministry also came on the heels of a scandal. He replaced at the post his colleague and acquaintance, architect Kalin Tiholov as the latter's nomination lasted about 24 hours. Prime Minister, Plamen Oresharski, was forced to withdraw Tiholov's name amidst outrage over his active participation in a number of scandalous and murky construction projects in protected areas on the Black Sea coast.

Danov, the son of senior intelligence officer from the Communist State Security, Evgeni Danov, has a long career as architect abroad – Great Britain, Germany, and France. In 2003 -2004 he was employed by the architectural design bureau Juvenelle, Bar sur Seine, in the French city of Troyes, but was laid off later.

Bivol have approached Danov's former employer, who has told them that the Bulgarian architect has been a good professional, but had to be let go over a decline in Juvenelle's orders and workload.

Consequently, in the summer of 2004, Danov arrived in Paris and listed himself as unemployed with the French Labor Bureau. He began then receiving about EUR 1 850 a month in social assistance. However, his official Curriculum Vitae, published on the Bulgarian government official internet page, shows that during the same timeframe he had worked as Assistant Professor with the "Residential Buildings" Department of the Sofia University of Architecture, Civil Engineering and Geodesy (UACEG); had been lead architect in a number of projects in Great Britain, Germany, and France, and owner and manager of two architectural design bureaus.

As noted by Bivol, according to French legislation, in order for someone to receive unemployment assistance, he or she must seek job opportunities in France; reside permanently there; show proof for the latter each month, otherwise the assistance would be annulled. The unemployed must further notify the social services about starting work in France or abroad; about being outside France for over a week, and terminate the assistance in case the absence is longer than 5 months.

Danov, however, has been on welfare in France for a total of 213 days; has made a total of 17 sporadic trips to Paris, and by June 2005, obtained EUR 14 708 in unemployment assistance from the French social funds, Bivol write.

Again, according to the publication, the now-Minister will escape prosecution in France over the 5-year legal prescription, but could be fined and sentenced in Court to reimburse the amount as the legal prescription for this is 10 years.

Only a week ago, Bivol published an article, exposing the architect in shady practices related to pre-arranged public procurement deals and draining of EU funds, which led to a temporary partial freeze of funds for Bulgaria.

Before being nominated as Minister, architect Danov was a professor at UACEG of Sofia, where he taught "Introduction to Residential Design."

He boasts an extensive academic career and professional practice.