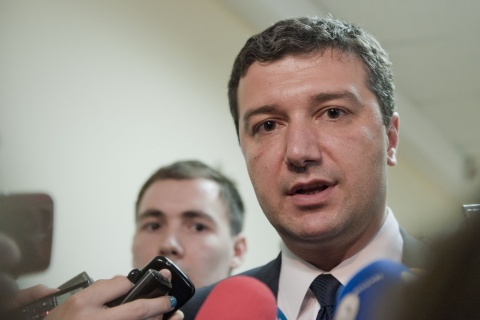 The representatives of the Podkrepa Labor Confederation and the Confederation of Independent Trade Unions in Bulgaria (CITUB) at the coal mining company reported their observations Friday at a meeting of the public council of the Ministry of Economy and Energy, according to reports of investor.bg.

Bulgaria's newly sworn-in Energy Minister, Dragomir Stoinev, guaranteed, however, that the workers would be paid their salaries and there would be no staff cuts at the mines.

Valentin Topalov, Chair of the Podkrepa Labor Confederation at the Maritsa Iztok Mines, argued that the launch of bankruptcy proceedings was forthcoming and one of the shifts at the coal mining company would be laid off from July 1.

Topalov also called for an urgent decision on the price of coal, saying that if the production process was stopped, the restart would be difficult.

The sitting of the public council on energy, during which a new pricing methodology for electricity is to be presented, is still underway.

Stoynev suggested that it was best not to discuss proposed amendments to the Energy Act as they had not yet been reviewed by the government.

He commented that an essential task in the sphere of energy was to prevent a power price hike.

He assured that the public council at the Ministry of Economy and Energy would remain, adding that it was a good idea to create such bodies at the other ministries.

He noted that the government had to make swift and adequate decisions as energy was in a state of collapse.