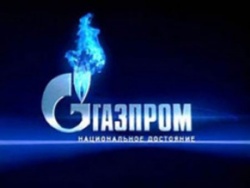 The Greek government has favorably changed privatization conditions for gas company DEPA in a procedure where the sole large bidder is Russian gas giant Gazprom.

The move is seen as making Gazprom the almost certain winner of the bid, the deadline for which comes Wednesday.

Greece has halved the required deposit to 10% of the company's bid for DEPA.

The Russian company has offered EUR 900 M for the acquisition of the Greek gas firm, to which it supplies 60% of its natural gas needs.

Some have also said that the acquisition of DEPA might harm the EU's energy interests in the region.

A smaller participant in the tender the Greek M&M Gas - consortium between Motor Oil and Mytilineos, which is DEPA's competitor in the Greek market - has offered EUR 550 M.

Greece hopes to sell its gas company to meet its target of EUR 2.6 B revenue from privatizaiton, in order to avoid additional austerity measures.