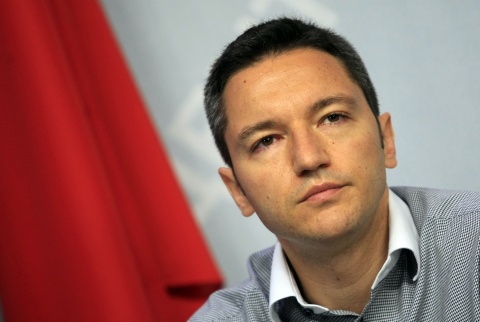 Krisitan Vigenin was born on 12 June 1975 in the capital city of Bulgaria, Sofia.

He obtained his Bachelor's degree in International Economics and Macroeconomics at the University of National and World Economy, Sofia in 1998. After that, he participated in multiple political and professional trainings and specializations in Belgium, Sweden and USA among others.

His political career began during his student years in 1994, when he was one of the founders of the Bulgarian Socialist Youth (BSY) and for three consecutive terms in office, until 2000, he was a member of the Executive bureau of the organization, International Secretary and Vice-President respectively.

From March 1999 to March 2001 he worked as senior expert at the EU Integration Directorate of the Bulgarian Customs Agency.

In 2005, he was elected MP on the list of BSP from the town of Yambol and he also became an observer at the EP.

After Bulgaria's accession to the European Union in May 2007, Vigenin was elected MEP and he won re-election in 2009.