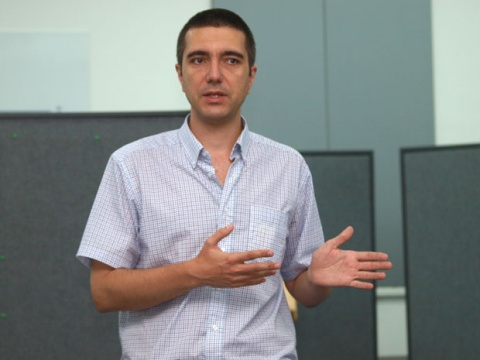 Journalist Ivan Mihalev has been appointed Editor-in-Chief of Bulgaria's Trud (Labor) daily and CEO of the Media Holding group.

Trud has the largest circulation among Bulgarian dailies.

Mihalev succeeds at the post Svetlana Dzhamdzhieva, who will take over other projects of the group.

At the time he worked for the Capital newspaper and later became Editor-in-Chief of its online edition.

Before being appointed Editor-in-Chief of Trud, Mihalev was in charge of the online projects of the media group and of Trud's online edition.

He has a degree in journalism from the Sofia University and a PhD in social science and information technologies.