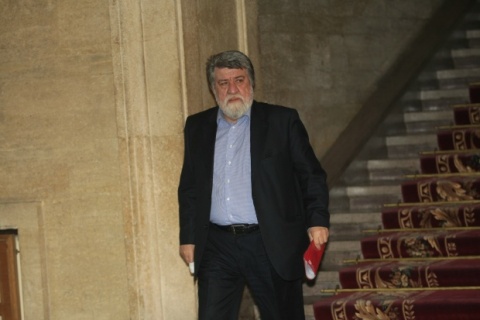 The former Bulgarian Culture Minister, Vezhdi Rashidov, is planning to leave his seat as Member of the Parliament in the 42nd General Assembly.

Speaking Saturday in an interview for Nova TV, Rashidov disclosed he suffered from diabetes and his condition worsened when he worked as Culture Minister.

He explained he was now very close to getting insulin shots.

Rashidov was firm he would not "abandon" his former boss, ex-Prime Minister and leader of GERB - the Citizens for European Development of Bulgaria party, Boyko Borisov.

"I worked wonderfully with this man. I have never met anyone so willing to lead a dialogue. Stop demonizing him. He is a person who is very active, who wants to do good things," he said.

The ex-Minister stressed he wanted to finish his work on the National Strategy for Bulgarian Culture, which must be approved by the Parliament.

He forecasted another round of snap general elections over expected parliamentary stalemate.

"I proved before all skeptics that I am ambitious and that an ethnic Turk can successfully manage Bulgarian culture," Rashidov concluded.