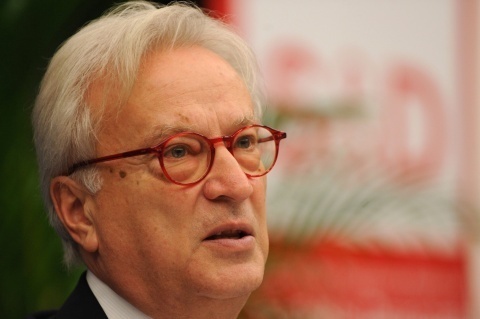 Hannes Swoboda, president of the Socialists and Democrats Group, has reacted strongly to the allegations made by EPP Group Chairman Joseph Daul that the Bulgarian Socialist Party has sided with a xenophobic formation.

The allegations related to the S&D Group affiliated party BSP's efforts to form a coalition government in Bulgaria, following the collapse of the previous right-wing government.

In a statement addressed to Hannes Swoboda, Daul noted that the Bulgarian Socialist Party might form a government with “the official or unofficial support” of controversial Euroscpetic party Ataka (Attack).

“Chairman Swoboda, are you prepared to be hostage to Mr Stanishev, Chairman of the Bulgarian Socialist Party and the European Socialist Party?”, Daul said, describing Ataka as “a nationalist and xenophobic party which violently rejects Bulgaria’s European destination.”

"The statement of the EPP group leader against the Socialists and Democrats Group is unacceptable and lacks all credibility. The leader of a political group which includes the Bulgarian party that was caught cheating in the general elections and is the origin of a massive phone-tapping scandal lacks all moral legitimacy to criticise the Bulgarian Socialist Party (BSP).” Swoboda said.

"The BSP is the party taking the lead in an effort to build a government based on European values, to rectify the mistakes of the past governments, to give the Bulgarian people what they deserve: fundamental values, jobs and opportunities.”

"I do feel sorry for Mr Daul, who seems to feel obliged to defend politicians like Viktor Orb?n, and Boyko Borisov, whose respective parties are members of the European People's Party. I am happy I do not have individuals of this style in my group. Mr Daul should if anything correct the wrong direction that several of the EPP parties have embarked upon, which is a moral obligation for all groups.”

The ultranationalist party has declared that it would not support a government proposed by any of the parties in Parliament.

BSP and the liberal Movement for Rights and Freedoms party, who finished second and third in Bulgaria’s inconclusive early elections, have pledged to form the new government next Tuesday.