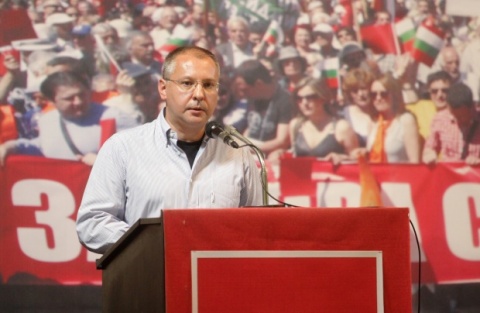 Plamen Oresharski, the PM candidate endorsed by the Bulgarian Socialist Party, will have to face a “minefield” left by the former center-right government, according to BSP leader Sergey Stanishev.

“We are aware that Oresharski is taking an extremely heavy responsibility upon himself,” Stanishev stated on Thursday.

According to Stanishev, “there is not a single economic sector that is not in a precarious condition.”

The Socialist leader declared that BSP and the predominantly ethnic Turkish Movement for Rights and Freedoms will support the new government proposed by Oresharski.

He reminded that the controversial ultranationalist Ataka would not back the new Cabinet.

The mandate was handed to Plamen Oresharski, a non-partisan former Finance Minister, who has been endorsed for PM by BSP leader and PES president Sergey Stanishev.
Oresharski is yet to reveal the names of his future ministers.

BSP and DPS, who finished second and third in Bulgaria’s inconclusive early elections, have pledged to form the new government next Tuesday, indicating that the stalemate since the May 12 vote may soon be broken.