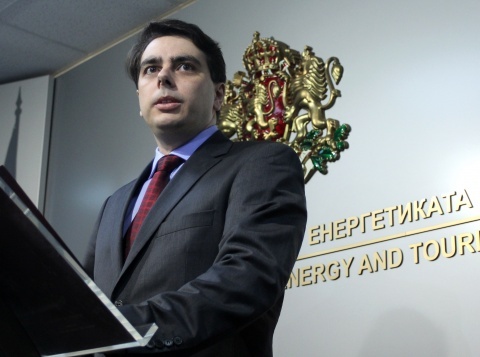 The stabilization of the energy sector will not happen without legislative changes, according to caretaker Economy and Energy Minister, Asen Vasilev.

Vasilev spoke in the Parliament as the 42nd Bulgarian General Assembly, which convened one day ago, was holding its first work sitting, with the energy sector topping the agenda.

He was summoned along with caretaker Prime Minister, Marin Raykov, for a hearing in the matter.

The caretaker Minister further told the MPs that all breaches established during his term have been referred to the Prosecutor's Office, adding the priority of his Ministry was to find the worst problems and to attempt to solve them one by one.

"There was an opportunity to ask the State Commission for Energy and Water Regulation, DKEVR, to postpone the next price forming period from July to September and let the new government deal with it. It would have been the easy way out. We found the energy sector in shambles and the only right decision was to begin working with all people in the system, regardless of them liking us or not. If and when we manage to eliminate the inefficiencies and align the decrees of my Ministry and DKEVR with the changes, then we will begin making the most difficult decisions - when there is over-production, some power plants will be allowed to work only if they have markets outside the country, otherwise they will be mandated to stop their production," said Vasilev.

He explained the next step to regain command on the energy sector was to approach key figures there to find ways to make the system stable and resilient, without citizens being forced to pay the price.

"Whoever my successor is, I would like to spend several days with him to hand over the duties properly," Vasilev concluded.

The MP from the left-wing Bulgarian Socialist Party, BSP, Yanaki Stoilov, asked Vasilev to propose three measures to DKEVR – to replace the proportional energy transport tax with a fixed one; two different prices of electric power aligned with income, and to examine the grounds for having companies using electricity deduct the Value Added Tax (VAT) while individual consumers pay the 20% tax.

The Minister replied he and his team have thought of all three and agree with them, but some details must be ironed-out further such as finding out ways to reimburse the treasury if the 20% tax was to be eliminated.

"Whoever my successor is, I would like to spend several days with them to hand over the duties properly," Vasilev concluded.